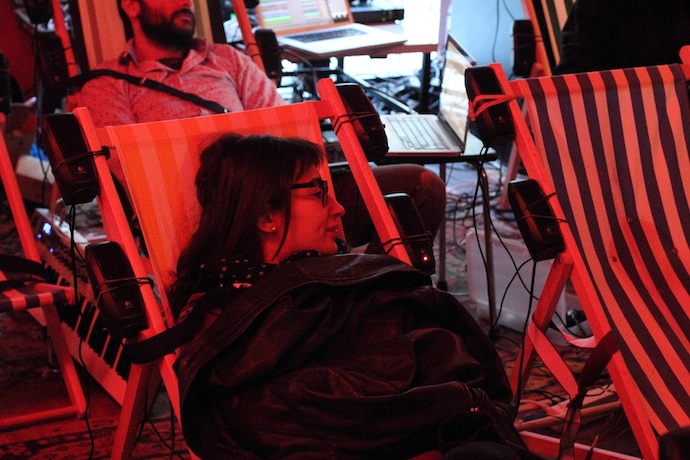 This installation allows the audience to listen to multi tracks electroacoustic works and spatialized stereo works, and permits the development of a very intimate relationship to the sound thanks to the proximity of the small speakers and the massaging speakers at the back of the chair. Nevertheless the option of a powerful sound is still available thanks to the big speakers around the group of chairs.

To this day, the following composers have been played in the electroacoustic deck chairs: Brice Catherin, Pierre Henry, Karlheinz Stockhausen and Yannis Xenakis.

Photos from the LUFF (Lausanne Underground Film and Music Festival) in October 2013. ©LUFF